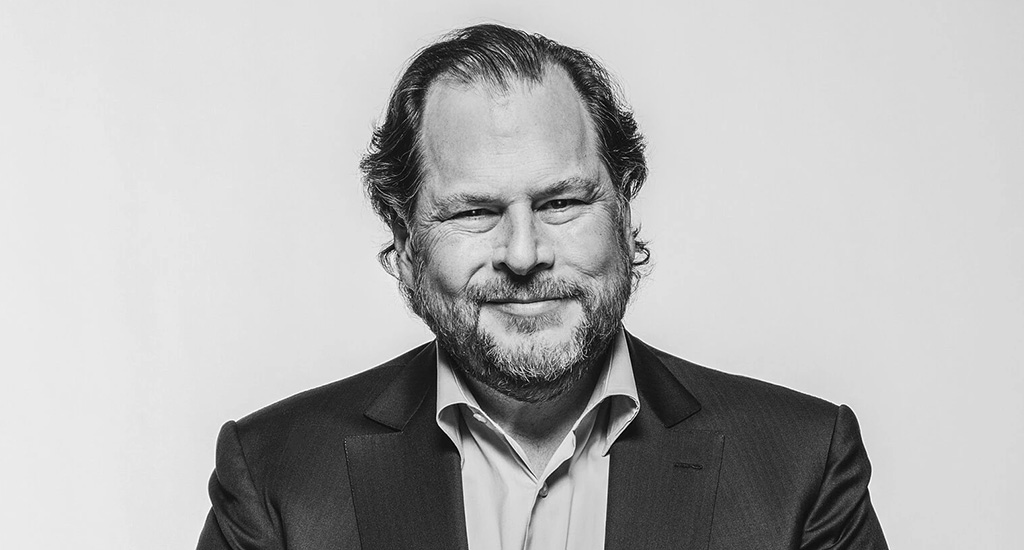 “What’s that company?” Marc Benioff, Salesforce’s chief executive, said when he was asked about his rival, Microsoft.Credit…Matt Edge for The New York Times

The Salesforce C.E.O.’s planned acquisition of Slack will have him competing directly with the Goliath that is Microsoft.

SAN FRANCISCO — Five years ago, Marc Benioff negotiated to sell Salesforce, the software company he co-founded in 1999 and has run ever since, to Microsoft. If the deal had gone through, he would have been richly rewarded — but, in the end, just another employee of the tech colossus.

With Tuesday’s news that Salesforce was buying Slack for $27.7 billion, Mr. Benioff did something much more difficult. He is now set to directly compete against Microsoft, one of the world’s most valuable companies, in its own favored territory.

Microsoft has been slugging it out with Slack in the pandemic-fueled rush to enable remote collaboration through communications tools. The faster the nature of work transforms, the more valuable victory will become, and the fiercer the competition.

Mr. Benioff, 56, does not appear to be fazed. Or maybe he is in denial. In a 30-minute interview after announcing the Slack deal and Salesforce’s earnings, he rejected all opportunities to talk about his history with Microsoft or even acknowledge its existence.

Microsoft is sitting on a $137 billion cash hoard and has a well-honed competitive instinct. It gets 115 million users every day for its would-be Slack killer, the Teams chat platform, thanks to the ubiquity of Microsoft Office. Salesforce, which specializes in sales management software, had $9 billion in cash this summer. Slack, for all its brand-name familiarity, had only about 12 million users before the pandemic. It has declined to update its numbers.

Salesforce and Slack might be the underdogs here, if you can consider a $220 billion company an underdog. But they have a not-so-secret weapon in Mr. Benioff. He learned some lessons in showmanship from his mentor, the Apple co-founder Steve Jobs, including how to turn news conferences into events and how to become the human embodiment of a company.

“You’ve got to give Benioff credit. He’s built one of the biggest software companies in the world,” said Mark Moerdler, a senior research analyst at Bernstein. “But this is not going to be easy.”

Before the coronavirus pandemic forced many to stay home, Salesforce was San Francisco’s largest private employer, eclipsing the 168-year-old Wells Fargo. Its offices were in Salesforce Tower, a lipstick-shaped edifice that dominated the skyline and could be seen from around the bay.

Mr. Benioff, who has deep roots in the city, likewise dominated local discourse, challenging the other tech chiefs to step up. He and his wife, Lynne Benioff, contributed $100 million to a new children’s hospital. In 2018, the couple bought Time magazine for $190 million. Forbes pegs Mr. Benioff’s net worth at $9.4 billion.

The mogul might be getting weary of the attention. “Can’t you find a more interesting and better-looking protagonist?” he asked.

In the interview, Mr. Benioff could not be dissuaded or turned aside from his talking points: “Business is the greatest platform for change … The future of our industry is a work-from-anywhere environment … I like to innovate, I like to create, I like to see things and make them happen … I love that we take care of all stakeholders, not just shareholders.”

The question of whether Mr. Benioff can pull off his challenge to Microsoft is likely to become a long-term subject of fascination in Silicon Valley. Over the past two decades, Salesforce has acquired dozens of companies to extend its core products. The biggest acquisition before Slack was Tableau, a data visualization company, which Salesforce bought for $15.3 billion last year.

Mr. Benioff once even had the notion of buying Twitter, back in 2016. But it proved a step too far, although it would have been a wild ride. He is an avid tweeter, much looser than most chief executives. On Monday, he tweeted a picture of President Obama, who had a copy of Mr. Benioff’s book “Trailblazer” on the shelf.

Initial reactions to the Slack purchase, which is a cash and stock deal, ranged from wildly enthusiastic to cautiously enthusiastic. Slack is losing money, while Salesforce’s collaborative tools are weak.

“Marc has come full circle. From considering a sale to Microsoft, he is now becoming the next Microsoft,” said Venky Ganesan, a managing director at the venture capital firm Menlo Ventures who specializes in software. Mr. Ganesan, who said he only knows Mr. Benioff as a business acquaintance, saluted his ability “to visualize a certain future and then make it happen.”

Daniel Newman, principal analyst at Futurum Research, has been critical of Salesforce in the past but said the Slack deal had a reasonable chance of success.

“You have a product in Slack that people love but which hasn’t been marketed well,” Mr. Newman said. “Salesforce and Benioff can give it faster growth and extract untapped potential. Excuse the buzzword, but maybe this is really one of those synergy moments.”

Except for the question of Microsoft.

Mr. Benioff came of age in Silicon Valley when Microsoft was decidedly the bad guy. His early employer, Oracle, was run by Larry Ellison, who had a long-running and often bitter feud with the Microsoft co-founder Bill Gates. As Salesforce grew, it had its own scrapes with Microsoft over employees and patents.

After Satya Nadella became Microsoft’s chief executive in 2014, he and Mr. Benioff met and tried to work together. Mr. Benioff offered unsuccessfully to buy Microsoft’s Dynamics software line, which Salesforce competed with. When that idea foundered, he offered to sell Salesforce to Microsoft for $70 billion, about $22 billion over its market value. A second attempt at a deal a few months later did not work out either.

The companies became that Silicon Valley perennial: “frenemies” that competed but also did deals. In 2016, both wanted to acquire the social networking site LinkedIn, whose millions of employment histories offered a rich data trove. They bid against each other. Microsoft, with its deep pockets, won with an offer of $26.2 billion. Mr. Benioff tweeted that it was “anticompetitive.”

Others were not so shy. Clara Jeffery, editor of Mother Jones magazine, asked in a tweet on Tuesday night what Mr. Benioff and Stewart Butterfield, Slack’s chief executive, were going to do “for the people/communities suffering from Covid collapse.” (Mr. Butterfield will continue to lead Slack, which becomes an operating unit of Salesforce.)

A good question, Mr. Benioff said when he was asked about it. He went on to detail his many acts of generosity and how they were “unprecedented for a company of our size.”

He stayed on message to the end.

“Business is the greatest platform for change and we can all do more to improve the state of the world,” he said. “The bigger Salesforce gets, the more it can do.”